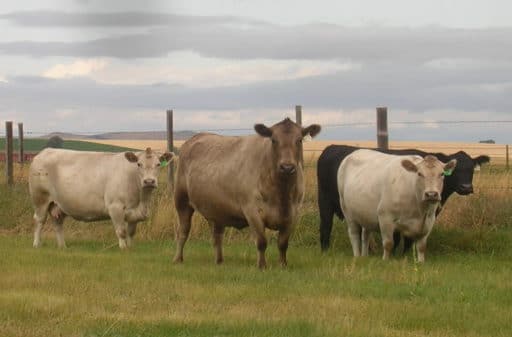 Birthplace of the Murray Grey

In the early 20th century, Peter and Ina Sutherland were part-owners of Thologolong Station.

They had a roan Shorthorn cow, which they mated to an Aberdeen Angus bull. The cow produced a grey-coloured calf, and subsequent mating with different bulls produced calves of a similar colour. Due to their distinct colouring, the Shorthorn cow’s progeny were described as ‘mulberries’.

These cows became the foundation for Australia’s own beef breed – Murray Grey – named in honour of Thologolong Station’s location in the Murray River valley.