Located just a few minutes’ drive from Corryong on the Murray Valley Highway, Towong is home to the Towong Turf Club which has been hosting thoroughbred horse racing since 1871. The historic Towong racecourse features a gracious historic grandstand which dominates the course and is the oldest free-standing grandstand in Victoria. The racecourse is recognisable from the famous movie 'Phar Lap', with scenes from the film being shot at the Towong Racecourse. The Towong Cup Races, held on the Victorian long weekend in March every year brings visitors from all over Victoria and NSW. Fashions on the field, a full card of races, activities for children and families and a fun country atmosphere make this a “must do” event on the racing calendar. Some nearby lookouts offer some of the best views in the Upper Murray. Towong Shire Council takes its name from this pretty village, which was once suggested to be the site for a major town. The Shire has had the land at Towong surveyed with the view to develop a large town, however the close proximity to the Murray River and periodic flooding has meant that this has not eventuated. Today approximately 280 residents reside in this small village, which features a generous tree-lined main street, the famous racecourse and grand stand, tennis courts and the historic Soldiers Memorial Hall.

Towong Hill Station is one of the largest cattle stations in the Upper Murray with the homestead situated on a hilltop with spectacular views of the Murray River and the Snowy Mountains. The Station dates to the pioneering days and it was here at the Towong Hill Station homestead that Australian author Elyne Mitchell resided for many years.

Elyne Mitchell was an author of many fiction books; including the famous 'Silver Brumby' series. The Silver Brumby series followed the lives of a family of brumbies in the Snowy Mountains and sparked the interest of a film maker who made a feature length movie of the same name, based on the books. The movie starred Russell Crowe and Caroline Goodall and was premiered in the Memorial Hall in Corryong in 1993. 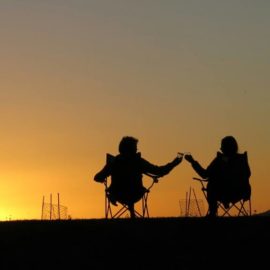